Becoming a Sanctuary Congregation: How Faith Communities Can Support Immigrants 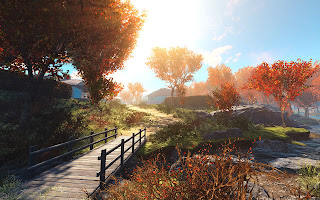 Marin Interfaith Council sponsored a gathering of religious leaders to learn about the sanctuary movement.  A total of 62 attendees came out on August 29th for the gathering focused on sanctuary congregations. The speakers addressed:

The Rev. Deborah Lee, Program Director of the Interfaith Movement for Human Integrity, and Rabbi Elana Rosen-Brown of Congregation Rodef Sholom, spoke in both practical and moral terms about how faith communities can utilize their resources to serve the immigrant community in this time of need.  Different examples of sanctuary congregations were provided to help attendees understand the range of ways to offer sanctuary.  Both leaders also echoed the importance of defining mentally, spiritually, and emotionally what sanctuary means for your faith community so that you can create and implement an appropriate response.  [Emphasis intentional]

Deborah first spoke to the overall problems about the impact of undocumented immigrants in practical terms.  She asserts that there has been a coordinated attack on the word “sanctuary.”

The U.S. is a destination for migrants; many immigrants come to the U.S. to escape danger.  California and the San Francisco Bay Area more so.  It behooves us to demonstrate compassion and mercy, and to consider the underlying causes of their migration.  After all, but for a small population of Native Peoples that we -- all of us whose families came here as immigrants at some point – have decimated.  All of us Euros, Africans, Asians, and blends are immigrants, regardless of how far back our ancestors.  Latinos, on the other hand, are native to the Americas.

Further, homo sapiens is a migratory species.  We arose in East Africa and have migrated to every continent and subcontinent the planet and most islands in Earth’s oceans. [Emphasis intentional]

There are more than 200 detention facilities for people seeking citizenship in this country; only two of them are for women and children.  All are overcrowded and the conditions in those facilities are worse than those in state prisons.[1]

Additionally, recent news reports that many detained women are miscarrying, and the nutrition children and all other detainees leaves a lot to be desired.  Not to mention the lack of educational opportunities for young detainees.

On top of that, immigration costs more than $18 billion a year, more than any other federal program.  One of the largest detention facilities is West County Detention Facility in Richmond, CA, about four miles across a bridge from where I sit typing.  West County gets big bucks of our tax money from Immigration and Customs Enforcement (ICE).  On the first Saturday of each month an interfaith prayer group meets from 11:00 a.m. till noon outside the gates.

Conversely, there has also be an increased in sanctuary communities locally from five to twenty-seven.

Since the current administration in Washington took over the federal government, ICE has instituted fast deportations with no judges or hearings.  Concomitantly, the number of deportees has increased.  ICE also seeks to have any immigrant who is arrested, no matter the crime or transgression, turned over to ICE by the jail or prison authorities.

I have witnessed this policy in action where I volunteer at San Quentin.  One of our regular circle members, when he was up for parole, disappeared.  This man, an immigrant from Mexico, had a questing mind and took every advantage during his incarceration to better himself (working towards a college degree, for instance).  I viewed him as someone who was motivated and who would become a contributing member of society after his release.  Alas, when I asked about his whereabouts, assuming he’d have been assigned to some kind of halfway house as he had expected, I learned that he’d been deported.

There has been resistance to this policy by some law enforcement authorities who decline to comply, but this resistance has been inconsistent.  My county and several nearby counties and cities are sanctuary cities.  And now, thanks to Governor Jerry Brown, our state is a sanctuary state.  I sit now in a library where several signs are posted welcoming immigrants specifically, and everyone (ages, races, gender, abilities, languages, et al.).  Deborah claims that deportees are returned to slave-owners.

As mentioned above, we (the San Francisco Bay Area and the wider State of California) are a destination for migrants.  We have legal resources, whereas no counsel is offered to deportees.  Our progressive legislature assures that undocumented children can go to school.  Immigrants don’t qualify for rent subsidies, but they do have tenant rights of which most are unaware.

Deborah cautions us to expect pushback for our efforts.  We see that now that Governor Brown has designated California as a sanctuary state, the current administration has ordered ICE to amp up their raiding here.

While guides suggest speaking with an attorney who is knowledgeable about immigration law, the fact is that there is almost no legal risk.  See ACLU’s Sanctuary Congregations and Harboring FAQ.  Familiarize yourself with harboring laws, stay open, announce that fact, and report on incidents of reprieve.  ICE can enter your sanctuary to apprehend undocumented immigrants, but they are under witness of community.

She urges us to resist untruths about immigrants with those who hold them.  She offers three “R” principles:  Right thing to do; Relationship to immigrants; and Risk to share with immigrants and to take a chance.

The motto of the organization for which Deborah works, the Interfaith Movement for Human Integrity, is “Every human person is sacred across all borders.”  Here is what IM4HI tells us about how sanctuary looks today.

“A public, corporate commitment to walk alongside immigrants, mixed-status families, refugees, and other targeted communities to uphold the dignity, due process, and full acceptance and participation of all people in our society through protection, support, and advocacy.  Congregations can write their own statement of sanctuary to reflect what they specifically will do.”

IM4HI suggests four ways that congregations are demonstrating their commitment to sanctuary.  Some of them are things that we -- as individuals, as covens, as a covenant – can do even though we generally don’t have physical facilities.

«    Advocate at the local, state, and national levels for policies that protect the due process of immigrants and promote their full dignity and integration into our local communities.
«    Advocate for policies that help to prevent mass deportation and fear by creating clear separation between ICE  and local law enforcement and civic institutions, for example, strong sanctuary city and county policies.
«    Engage in local public actions and activities to shift public discourse towards immigrants, Muslims, and refugees, and bring attention to our responsibility

Accompaniment of Immigrant Families or Youth:

Individuals and congregations can immediately help accompany immigrants in urgent situations and need of accompaniment.  This can include newly arrived migrant families, unaccompanied minors, people facing deportation crisis, those just released from detention centers. Trained volunteers can help to provide courtroom accompaniment, access to services, and concrete and emotional support and/or transitional housing to help those in a period of crisis.

There are 13 teams in the East Bay doing accompaniment.  They claim that this issue warrants “God’s special attention.”

«    Join a rapid response Network to respond to ICE workplace raids, home raids, or other enforcement activity.
«    Connect with targeted communities to help develop relationships and networks of protection.

«    There are various kinds of needs for housing hospitality:  (1) short-term respite housing for someone released from detention; (2) housing for newly arrived immigrant family seeking asylum; (3) protective housing for someone with a final order of deportation; and (4) hosts needed in order for the government to release individuals from immigration detention,
«    Depending on the case, housing hospitality could be in a private home of a member, or on congregational property.

Many years ago when the Reclaiming Collective was young, we -- I was active in the collective in those years and I was instrumental in acquiring these classifications -- applied for and received incorporation as a nonprofit religious organization from the Secretary of State of California as well as 501(c)3 tax status from the Internal Revenue Service.  One of the things we wanted to accomplish was to provide sponsorship of an immigrant couple (one from Senegal and the other from England) so that they could remain in this country and acquire permanent residence status.  This occurred with no effect on Reclaiming’s legal status.

Some years ago when ICE was regularly doing predawn raids in the Canal District, a predominantly Latino neighborhood of our city, our local Marin Interfaith Council’s Justice Advocacy Team organized predawn vigils, both to demonstrate our concern and solidarity and to assist victims of raids and their families.  Immigrants do have tenants rights, among other rights, of which they may be either unaware or reluctant to use for fear of deportation.

A couple of months ago, an immigrant construction worker who had entered nearby Travis Air Force Base to work on a job was held for deportation by ICE.  This man had been a contributing member of our community for more than 17 years, had married and had children who were American citizens.  He and his family were known to be law-abiding members of our city, but for the father’s immigration status.  A call went out from MIC to its members, asking them to write letters of support to representatives, government entities, and the press.  MIC is also a 501(c)3 nonprofit.

Rabbi Elana Rosen-Brown told of the ways in which the members of her Congregation Rodef Sholom committed to create a sanctuary for immigrants.  She spoke of Rodof Shalom’s process of becoming a community network.  She citedT’ruah: The Rabbinic Call for Human Rights, which has published Mikdash: A Quickstart Guide for Sanctuary Synagogues, a step-by-step, easy-to-access pdf.  In addition to providing us with a copy of this document, she gave us copies of the “Resolution of the Board of Directors of Congregation Rodof Shalom Affirming Congregational Solidarity with Undocumented Immigrants.”  To demonstrate its commitment to this resolution of its Board, they created a Source Sheet, a useful document she also shared with us.

The first thing to do is to change hearts and minds. Becoming a sanctuary community begins with networking.  Concurrently, reach out to local immigrants rights group to understand local needs and partners.  It’s good as well to have immigrant folk speak to the congregation so that the members can better understand and appreciate their urgent needs.

SND offers instructions on becoming a sanctuary community, including strategy and tactics.  Different religious traditions have published denominational statements as well as liturgical materials; however, all are Christian except for one issued by Reformed Judaism.  SND appears to be a useful site, but it could certainly benefit from having a more diverse coalition.

Now we Pagans don’t usually have buildings to use and to maintain; even so, there are plenty of ways we can help.  Several ways are suggested above.

After the presentations of our two guests, I got an idea of how we – me, anyway – might help.  I propose providing immigrants with prepaid cell phones.  With cell phones, immigrants can receive announcements pertinent to their situations. They can access information and resources in their own languages.  And if circumstances result in their relocating, they can remain connected with friends, allies, and supportive groups.  My idea was to contact CREDO Mobile or other cell phone services to enlist their cooperation by providing the phones, perhaps new but discontinued models that are harder to sell.  CREDO is a social change network of 5 million activists organizing and mobilizing for progressive change; each month CREDO donates all profits to various nonprofits, voted on by subscribers.  I haven’t followed through on this yet.  What do you think?


[1]           She actually cited San Quentin, probably because it is local; however, I volunteer with the Wiccan circle there and so far I haven’t been exposed to deplorable conditions.  Bleak and institutional, yes.  Of course, I only see communal areas, not cellblocks.