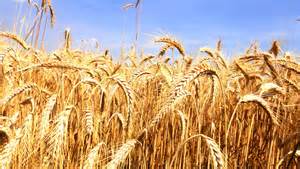 For the past several years I’ve participated in an annual Thanksgiving service sponsored by the Marin Interfaith Street Chaplaincy.

Each ‘clergy’ -- I don’t use that appellation for myself but the interfaith communities do – is asked to bring a teaching, reflection, or other offering to the gathering.  For the first few years, I briefly told the story of Demeter and Persephone, reminding attendees that they’ve likely heard this tale or some version of it before.  Then my sweetie Corby, who’s a good singer, and I sang “Demeter’s Song in harmony.  I think it’s a beautiful song and one that contains imagery that is timeless and easy to identify with, i.e., “the lover’s smile and the workers arm” and “the heart that cries and the hand that heals.”

Last year, given the situation in the Middle East, I found myself thinking of Inanna, who arose in those lands.  I debated with myself just what I might bring to the service that was relevant and new.  What I decided to do was to speak about Inanna and the troubles in her ancient lands, and then have us do a spell together using a call-and-response; it went well.

Since last year went well using Pagan concepts (Inanna and spells) that are less familiar and less accessible to mainstream religions, this year I decided to add another Pagan notion, that of entheogens (wine, mescaline, et al.) and the change of consciousness that accompanies their ingestion.  In my mind was John Barleycorn, except that many homeless folks struggle with alcohol abuse and my presenting him as a harvest god who lives in the barley would have been insensitive to their situations.  So I skipped talking about entheogens and simply introduced the idea of the the divine spirits who inhabit different plants, specifically grain crops.  Then we sang “John Barleycorn,” with everyone singing the refrain together.  “All among the barley, who would not be blithe, when the ripe and bearded barley is hanging on the scythe.”  I love this song.  I love the feeling I experience when we sing these words together.  I can practically see waving golden grains.

So that’s what we did.  Corby and I sang the verses and everyone joined in the refrain.

I searched the Internet for this song so I could provide a link for the reader to hear it.  Alas, in the folk tradition both lyrics and melodies of many songs morph in various ways, and all the versions of this song I could find on YouTube were slightly different from the way I learned it.  I learned the song in the early 1980s from singer and folklorist Holly Tannen.  She learned it from the singing of Mike James and Mick Tems, of the Welsh singing group “Swansea Jack.”  Having been written or created in the late 19th Century, “All Among the Barley” is no ancient song.  That makes is nonetheless appropriate and effective, and my former community and I, within community or on my own, sing it at Harvest Home (Autumn Equinox).  For the past three years the inmates at San Quentin where I volunteer have sung it when our circle celebrates autumn.  For the reader’s pleasure I offer it here:

Now is come September, the hunter’s Moon begun
And through the wheaten stubble is heard the frequent gun.
The leaves are pale and yellow, and kindling into red,
And the ripe and bearded barley is hanging down its head.

All among the barley, who would not be blithe
When the ripe and bearded barley is smiling on the scythe.

The spring is like a young man who does not know his mind.
The summer is a tyrant of a most ungracious kind.
The autumn’s like and old friend who loves one all she can.
And she brings the bearded barley to glad the heart of man.

The wheat is like a rich man; it’s sleek and well-to-do.
The oats are like a pack of girls, laughing and dancing too.
The rye is like a miser; it’s sulky, lean and small.
And the ripe and bearded barley is monarch of them all.

At this Thanksgiving Eve service new sleeping bags, packages of socks, and such array the harvest altar along with pumpkins, ears of corn, and other harvest.  They are distributed at the conclusion of the ceremony.

I reluctantly must say that the other chants offered at this service were, to me and Corby at least, pretty lifeless, except for the music of the Lighthouse Gospel Choir of Marin.  Singing “All Among the Barley” together livened everything up.

We concluded with a chant lead by a woman from San Francisco Theological Seminary.  It’s one we all probably know, “All Shall Be Well.”  However, the folk tradition being what it is, we sang it as one single note instead of with the melody I’m used to.  Nevertheless, it proved to be an effective seal for the spell.

I’ve reported in the past about memorials for those in our county who’ve died without a roof over their heads.  They’ve taken place in summertime and have begun with a procession through the streets.  This year was different.   The National Healthcare for the Homeless Council has designated December 21 (on or around the date) as Homeless Persons' Memorial Day.  This year we joined others all over the country in memorializing those unfortunate and often premature passings.

Street chaplain Rev. Paul Gaffey asked me to offer the prayer and lead the gathering in a chant I’ve done before.  I had something better and more seasonal to share because the service, and the named day, was scheduled for December 21, the first day of the returning sun.  So instead I delivered a brief reflection on the return of the light.  Then, at the conclusion of the ceremony, after we’d all lit candles from a single flame and assembled on the terrace in front of 1st Presbyterian Church of San Rafael.  It’s lively. It’s fun.  It’s affirming and encouraging.  And it keeps the legacy of Pagan songwriter Charlie Murphy alive.  This one I was able to find on YouTube (albeit we didn’t have the enhancement of a gospel choir).

Posted by COG Interfaith Reports at 5:15 PM No comments: