Last Saturday, I was pleased to attend a celebration for Fr. Gerry O'Rourke at San Francisco's Cathedral of St. Mary of the Assumption (www.stmarycathedralsf.org/). 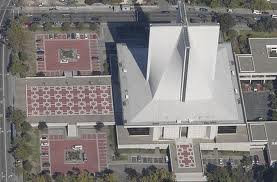 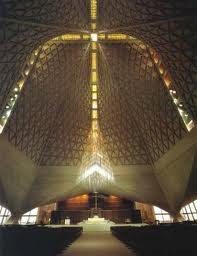 Gerry just turned 85 and observed the 60th anniversary of his ordination as a Priest!  He has served for many years as the Officer for Ecumenical & Interreligious Affairs in the Archdiocese of San Francisco.  This used be under the auspices, and with the direct support of, Archbishop Leveda, but with the elevation of Pope Benedict XVI, now Cardinal Leveda was moved to Rome to head the Congregation for the Doctrine of the Faith.  (The new Archbishop is George Hugh Niederauer.)  Right before he left San Francisco, then Archbishop Leveda organized a mass for the departed Pope John Paul II and called me to ask if I would represent the Wiccan community at the service.
A Catholic Archbishop invited a Witch to represent the Wiccan community at a Catholic mass, right before going to Rome to take over leadership of what used to be called the Holy Office of the Inquisition.  This was entirely due to the tireless interfaith work of Fr. Gerry O'Rourke. 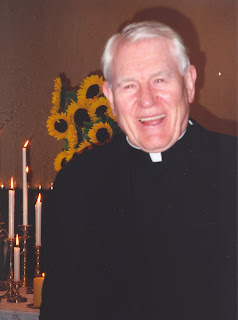 Gerry was one of the founders of the San Francisco Interfaith Council, the Interfaith Center at the Presidio, the United Religions Initiative, and a host of other Catholic and interfaith service projects.  He has been called "the Godfather (in the nice sense of the word) of Bay Area interfaith".  As one person at the celebration remarked, "Gerry looks like he was sent by Central Casting"... He is an Irish Catholic Priest who is tall, white-haired, jovial, speaks with a thick Irish brogue, and always answers a question with a story.  From the beginnings of the modern interfaith movement he has been insistent about several points that have become oft-repeated quotes in the field:

* "We're all just children at this!" -- The interfaith movement is just getting off the ground doing something new in the history of the world, so we shouldn't be surprised if we stumble now and then.

* "This is a kairos moment!" -- Kairos (καιρός) is an ancient Greek word meaning the right or opportune moment (the supreme moment). The ancient Greeks had two words for time, chronos and kairos. While the former refers to chronological or sequential time, the latter signifies a time in between, a moment of undetermined period of time in which something special happens.  [from Wikipedia]

* "We have to keep asking: Who's not here?" -- Gerry has always been insistent that for interfaith to mean anything, it has to be inclusive -- including of people we don't know are out there -- so we have to be actively seeking out the religious diversity in our communities and making sure that everyone has a seat at the table.

While Gerry's voice may have been the loudest in this regard, MANY Catholics have been VERY outspoken about the importance of including Pagans in the interfaith process.

At last Saturday's celebration, after many tributes from his many friends and colleagues, Gerry thanked everyone and singled out a few by name, including me.  He said that if he hadn't participated in a Pagan meditation led by me, his eyes and heart would never have been opened to the sacredness of Mother Earth.  "You can hear people talk about this," he said, "but it's another thing to FEEL it!"


There is a nice articles about Gerry, his interfaith work, and his work with Pagans at:
* www.masteryfoundation.org/people_orourke.html


In interfaith work, we often discover friends where we didn't expect to find them.  For me, one of those delightful discoveries has been the many Catholic Fathers, Sisters, and Brothers who have been so supportive of the Pagan presence and such a joy to work with.  So, Happy Birthday, Gerry!