Thanksgiving with Our Homeless Population

Most years the Marin Interfaith Street Chaplaincy presents an interfaith religious service on Thanksgiving Eve.  These events include music and singing, poetry and drumming, stories and prayers.  Some of the speakers come from the homeless population and some are religious leaders.  I’ve participated in many of these services as a representative of the Pagan paths.  (Technically, I’m Witchen, but I try to present the broadest and most diverse faces of Paganisms.)

In the past I’ve chosen to highlight Demeter, for several reasons.  One is that many Americans are familiar with the Greek and Roman myths; often they’ve heard of about Persephone’s descent into Hades and subsequent reunion with her mother Demeter in the Spring.

I also find that short talks that end with a song tend to be more memorable, leaving people with a song in their head.  The song called “Demeter’s Song” contains words, such as “the lover’s smile and the worker’s arm,” that are relevant to contemporary life.  People can relate to them.  They are not obscure or other-worldly. The song is not laden with appeals to a divine entity; rather, it’s sung in the first person and tells who she is, sort of like a brief introduction in a conversational group.

So I briefly tell how the land became barren during the time of Demeter’s grief and search for her missing daughter, and how the hens begin to lay, the orchards to bear fruit, and the people’s hunger is then assuaged when mother and daughter are reunited and Demeter again assures abundance.  I conclude with a duet with my partner Corby of “Demeter’s Song.”[1]

At the time in the service where offerings are proffered and the collection plates are passed, people pile gifts of new sleeping bags and packages of socks at the base of a harvest-bedecked altar.

Afterwards we gather in another room for casual conversation and refreshments.  During this after-gathering both homeless people and other religious leaders have told me how much they’ve appreciated this talk and song about Demeter.  For, although the service is broadly welcoming of all forms of religious expression, the fact of the matter is that, like society at large, it’s overwhelmingly Abrahamic in manifestation.  This year, in fact, there wasn’t even a rabbi or an imam there.  Except for a Buddhist and myself, all speakers came from one or another Christian denomination.  So it’s really great for me to learn how my offering was perceived.

This year’s service came shortly after the terrorist attacks in Paris.  The discord around the world, especially in the Middle East, seems to be expanding.  Only the completely oblivious can remain unaware of these unfortunate developments.  This situation has been on my mind, and I’m sure it’s been on the minds of those at this event.

I was ready to rehearse our harmonies on “Demeter’s Song” again this year, but another song kept nagging me.  Another song about another goddess in another time and place.  I pondered the notion of speaking of something so unfamiliar and remote.  Then I decided to go for it. 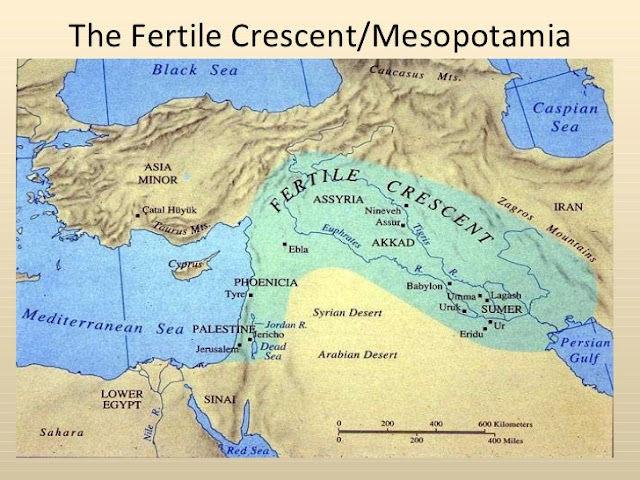 I spoke about a goddess named Inanna, who showed herself to the people of the Fertile Crescent thousands of years ago, about 4000 Before the Common Era.[2]  I talked about how the people of her homeland in Mesopotamia (literally, “[land] between rivers,” the Tigris and the Euphrates), now considered to comprise modern day Iraq, Syria, and Kuwait, live in such distress.

I told of Enki’s gift to Inanna of the 10,000 Me, all the gifts of civilization (music, medicine, agriculture, writing, mathematics, weaving, pottery-making, et al.).  I spoke of her journey to visit her sister Erishkigal in her underworld realm of heat and dust, and how she divested herself of her possessions at each of the seven levels or portals, beginning with her shigurra crown, then her bejeweled breastplate, until she arrived before Erishkigal naked.  I said that some consider Salome’s dance of the seven veils to have been a reenactment of Inanna’s descent, but that I was not prepared to argue the merits of that contention; I wanted to emplace her and give them something to think about.

Then I invited them to join me in a spell, a spell to reawaken the spirit of Inanna and all the wonderful gifts she represents – joy and abundance, beauty and prosperity, peace and creativity.  Like the Christian prayers for peace and healing of those gathered, we would do a “working” using our voices in song.  I said that if they were uncomfortable at the thought of performing a spell, they could view what we were about to do as simply a sing-along.

The song I used is a call-and-response in which every line is sung and then repeated by everyone; in other words, each line is sung twice.  They didn’t need to remember anything; all they had to do was to sing back the lines as I sang them.

I explained that the words and images are from those ancient times when Inanna was worshipped, translated from the original cuneiform into modern English by the late Sumerologist Samuel Noah Kramer, and thence turned into a song.  They are not the words of romantic fantasy.

I asked them to think of the plight of the peoples of the Middle East and to envision them enjoying the gifts of Inanna and the pleasures of life -- safe homes, plenty to eat and drink, dancing.  With our song we would work towards reawakening these qualities among the people of her homeland.  And so we sang:

Your crescent shaped barge of heaven,
So well belayed, so well belayed.
Full of loveliness like the new moon.

At your mighty rising
The vines rise up and the fields rise up,
And the desert blooms in green
Just like a living garden.

In the heat of the sun you are shade,
A well of water in a dry dry land.
Swelling fruits to feed the hungry,
Sweet cream to quench our thirst.

I had called for us to sing this through three times.  At the first round, some of the congregants’ responses were tentative.  Responses grew more convincing during the second repetition, until when we arrived at the third repetition, my words and their responses were full-throated and powerful.

I concluded with the words, “By all the power of three times three, as we do will, so mote it be!”

This year at the after-gathering I was a bit apprehensive.  I wasn’t sure if I’d pushed too hard against the prevailing mindset.  The feedback I got, however, reassured me that what we Pagans can bring to the common table of interfaith resonates and carries meaning.  Annie, the wife of the street chaplain who organizes this event, said, “You rocked!”

May the welcome reception I received for this spell-working encourage others who represent a public face of Paganism to make our presence known in a constructive way.

This was my Thanksgiving spell.

[1] Corby and I also sing this song as a form of grace before family holiday meals in our complex multi-religious and atheist families.
[2] You have to say “Before the Common Era” because most people think of BC (instead of BCE) as “before Christ.”  However, it’s more accurate, at least in a broad inter-religious context, to use BCE.
[3] Words adapted from Sumerian text (tr. Thorkild Jacobsen, Diane Wolkstein, and Samuel Noah Kramer)  Music by Starhawk, arranged by Lunacy.
Posted by COG Interfaith Reports at 5:35 PM